(iz). Christopher Isherwood’s Berlin novel, “Mr. Norris Changes Trains”, written the year the Nazis came into power, in 1933, is about an elusive and flamboyant English gentleman and shady businessman, who, it turns out, also has some quite unexpected communist leanings.

As the novel progresses, the narrator accompanies Mr. Norris to a communist cell in Berlin, where they meet a functionary who quizzes Mr. Norris about his political disposition. 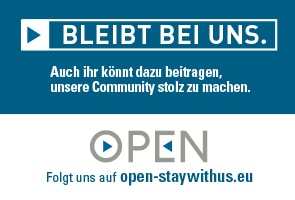 Mr. Norris says that he detests the Nazis, but the functionary reprimands him.

“Ah, but you should not!” he says. “This outlook is quite false. The Nazi of today can be the communist of tomorrow. When they have seen where their leaders’ programme has brought them, they may not be so very difficult to convince…”

And so this should also be our attitude towards right-wing islamophobes.

They may be outspoken in their hate of Islam at the moment, but sometimes it doesn’t take much for them to come round to a completely different standpoint . As two cases illustrate.

Before his conversion he had left the Lutheran church — he was baptized in 1989 — over a difference of opinion he had had with several Lutheran priests, who had decided  to attend Berlin‘s annual gay parade, Christopher Street Day.

Hearing about his decision to embrace Islam, the AfD took steps to expel Wagner from the party, but Wagner, who now called himself Ahmad, remained steadfast; he evidently, didn’t see the contradiction of being Muslim and nationalist.

“I will stay national-conservative till I die,” Wagner was reported as saying. “I will stick up for it. I can’t do otherwise. There is a German spirit, a German soul. Almost every AfD member has it. If we don’t stand up for this Germanness in coming years, it will disappear.“

The second case involves Joram Van Klaveren,  a former member of Geert Wilders‘ far-right Dutch Freedom party, who announced in October 2018 that he had converted to Islam.

Van Klaveren said he had come round from being an outspoken critic of Islam to becoming a convert while researching  a book about Islam.

„During that writing I came across more and more things that made my view on Islam falter,“ he told Dutch radio.

Van Klaveren had been a vociferous critic of Islam, saying „Islam is a lie“ and „The Quran is poison”. He now says he was “simply wrong”.

Moreover: whenever I am confronted by individuals of a far right persuasion who make barbed attacks on Islam, after initial feelings of anger and incomprehension, I have to remind myself to be tolerant and patient.

After all, I was once — not too long ago — one of them: a hater of Islam, who then had a change of heart.

An American, yet a Berliner by birth, I had come back to my home town after four years at university in the States and five years working as a journalist and English teacher in Prague.

Upon coming back to Berlin I was a Catholic, a devotee of German classical literature and  a staunch conservative.

Sadly, the Berlin I had returned  to I found had turned its back on its once proud traditions. Germany was no longer the land of “Dichter und Denker” — poets and thinkers – but a country that had sold out to misguided multi-cultural ideals, in my opinion, and was rapidly being overrun by immigrants from Muslim countries.

I attended right wing rallies, subscribed to Junge Freiheit, a conservative right-wing weekly newspaper, and in 2003, eager to see for myself Europe’s last bastion of  nationalism, I embarked on  trip to Serbia.

I visited monasteries and churches, drank rakija with farmers, and spoke about my admiration of the Serbs to anyone who cared to listen.

Being American played a role in all my dealings with Serbs. About America the Serbs were never indifferent. The NATO bombing of 1999 inevitably came up. I had mixed feelings about the bombing of Yugoslavia, and I didn’t buy the Albanian claim to Kosovo based on ethnic preponderance.  That ninety percent of the population of Kosovo was Albanian didn’t make it any less a part of Serbia.

That first trip to Serbia I hadn’t come completely unprepared. I carried a copy of Peter Handke’s A Winter’s Journey, or Justice for Serbia in my rucksack to forestall suspicions. In the book Handke argues for a more objective and impartial approach to assessing the Yugoslavian wars and Serbia’s role therein. Handke didn’t trust Western reportage from the time of the Yugoslavian conflicts.  It was one-sided and merely mirrored the prejudiced perspectives of commentators. Handke wanted to penetrate “behind the mirror” and see Serbia first hand, which he described at the time as “the most real country in Europe”.

At times when Serbs would ask me what I was doing in Serbia and when my lack of Serbian proved to be a stumbling block, I would take out the book and show it to them. Most Serbs, even the simplest peasant, knew about Handke and his defense of the Serbs. In 1999 he had received the Order of the Serbian Knight from Milošević for his services, something which pundits like Salmon Rushdie were quick to clobber him for.

And yet, almost against my will, I was beginning to fall in love with the Oriental, the Turkish aspect of Serbia.

The Serbs liked to portray their country as a bulwark of Western culture against the Muslim East and the Turks. They styled themselves as guardians at the gates, proud of holding out against the Muslim tide. Yet I couldn’t help but see how influenced they really were by the Turks.

Listening to their songs, I couldn’t help but feel that their orientalized music wouldn’t have been out of place in a Turkish kebap house in Berlin. In fact, Serbian music has had  an Oriental tinge ever since the days of the Crusades when the ecclesiastical melodies of the Serbian Church were brought from Syria, introduced to the Balkans along pilgrim routes which by-passed Constantinople. It was another kind of music that greeted your ears in Serbia and it didn’t tally at all with anything that I expected; you heard it and you realized that Istanbul wasn’t far now.

Quite unexpectedly, at the end of my trip, I found myself in the town of Novi Pazar, in the Sandžak, an ethnically-mixed Muslim-Slav (Bosniak) majority region of Serbia sandwiched between Montenegro, Kosovo and Bosnia.

Its economy was underdeveloped and far poorer than many other regions in Serbia, partly because it was an Ottoman backwater until 1912, partly due to deliberate neglect by Serbian authorities between the world wars and under Milošević. Some people referred to the Sandžak somewhat ominously as the “Bermuda Triangle of the Balkans”.  People, they said, had been known to disappear there without a trace.

Christian Serbs were wary of the Sandžak and the Muslims there, and I was warned against going there by Serbs.

“The Sandžak is totally in the hands of the Muslim fundamentalists,” one Serb of my acquaintance said, hoping to steer me away. “The whole ambience of Novi Pazar is Eastern. The architecture, the clothing, everything. They don’t serve pork in the restaurants; you can’t get a decent drink anywhere, the women are covered, the local mufti even has his own faculty of Islamic studies at the university. There are Islamic day-care centers. It’s total indoctrination. It’s never been like it is now. What they want is autonomy from Serbia so they can form an Islamic federation with Albania, Kosovo, and Bosnia. We Serbs feel like foreigners there.”

And yet Novi Pazar was a revelation to me. In many ways Novi Pazar had a more Oriental feel than even Sarajevo. It had a very distinctive old Turkish bazaar quarter, a very fine Turkish mosque built in the sixteenth century, and some of the most curious modern architecture in the Balkans. Novi Pazar was a marvelous place; an unreal place; and I couldn’t quite make it out – the city, though part of Serbia, was more Baghdad than Belgrade.

There was something very strange and wonderful about the kind of life that went on in this forgotten, pulsing frontier town, intensely provincial and yet bustling and lively at the same time. In the summer the hot sun beat down on the dusty streets. There were Muslim women in headscarves and men with beards selling Islamic literature. Along the bridge leading to the Turkish quarter Gypsies sold tapestries of Mecca. Green fringed Islamic obituary notices were taped to lamp posts. Close-shorn, able-bodied youths hung out outside the Altun-alem mosque while elderly Muslim men in black berets sat drinking coffee in small, aromatic cafes next to butcher shops with smoked helal sausages hanging on hooks from the rafters, and clothing shops featuring models dressed in headscarves and boys wearing the traditional cape and headpiece of the sunnet ceremony.

And it was here I heard the ezan for the first time. Upon arriving in Novi Pazar at five in the morning I went to sleep to the sound of the muezzin calling the faithful to prayer, a weird, unearthly music, long and lingering, as if I had been translated to the streets of Istanbul.

Upon my return to Berlin I developed a fascination for the Oriental and after a number of years — and a stint as a teacher in Istanbul — not to mention meeting my Turkish wife, I finally came round to performing my shahada and accepting Islam.

So it is, that these days when I encounter islamophobia in the western media, after an initial feeling of frustration, I think back to the way I was fifteen years ago.

Change can happen, and it can happen to almost anyone at any time.

The people who support conservative, identitarian movements are actually very similar to Muslims in many regards. They put a high esteem on family values, many critical of Godless materialism and moral relativism of society as a whole.

And it doesn‘t take much to sway a conservative to becoming a Muslim.

And so I say, taking a tip from Isherwood — the islamophobe of today can be the Muslim of tomorrow. 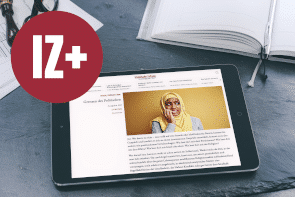 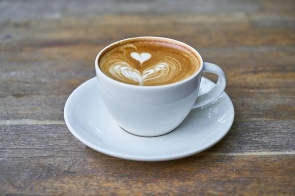